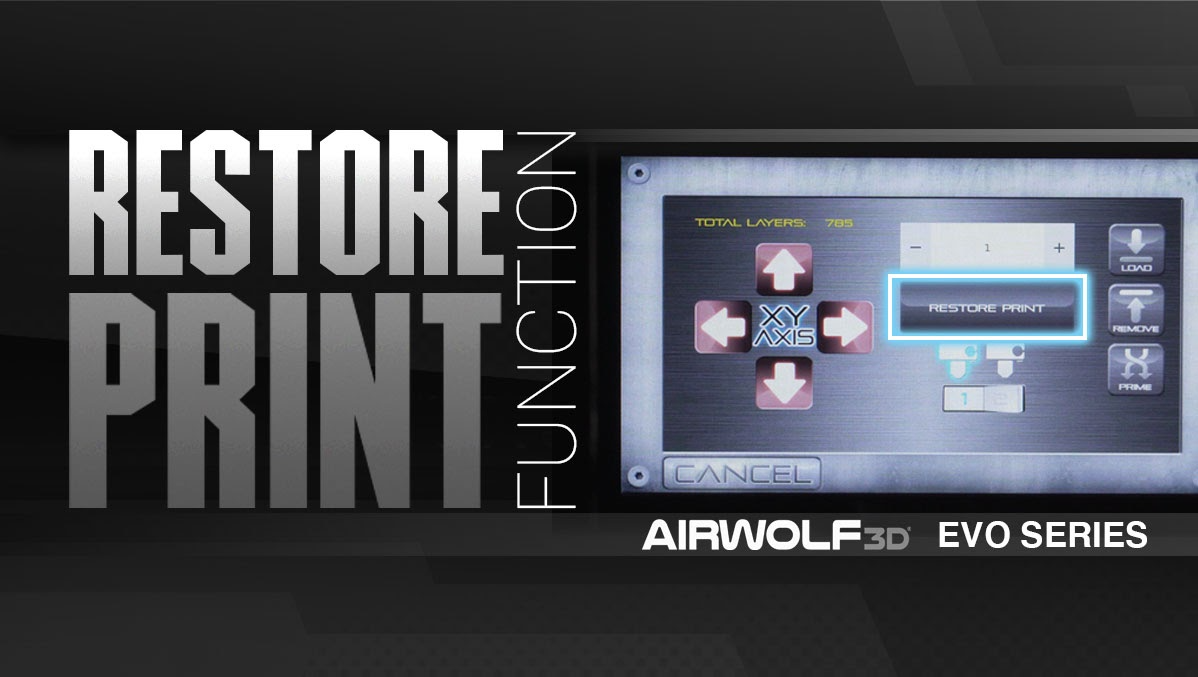 When using machines with large build volumes, it is important that you are able to create parts with long print times reliably. Sometimes parts can take several hours, even days to complete. In case of a jam, or if the filament runs out during a long print, the user must be able to rely on the printer to maintain printing after the error is fixed. 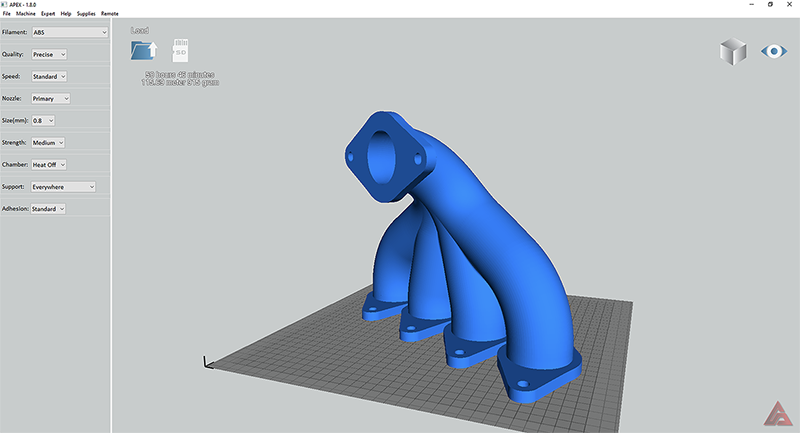 This part will take over two days to complete – a common print time for larger parts on the EVO 22. 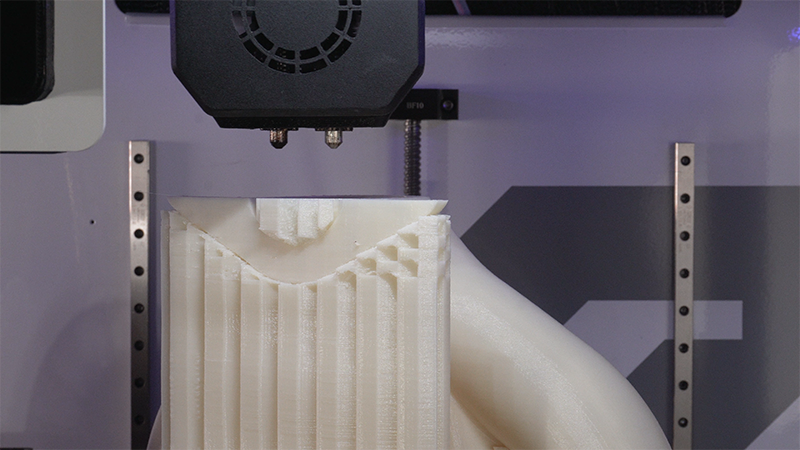 Without the RESTORE function of the EVO, this print would be almost 2 days of wasted pint time and material due to the filament running out.

The EVO 3D printer line is capable of restoring a print even hours after an error has occurred. In order to restore the print, the user must catch the error before the machine has completed the part.

To restore a print, press RESTORE. 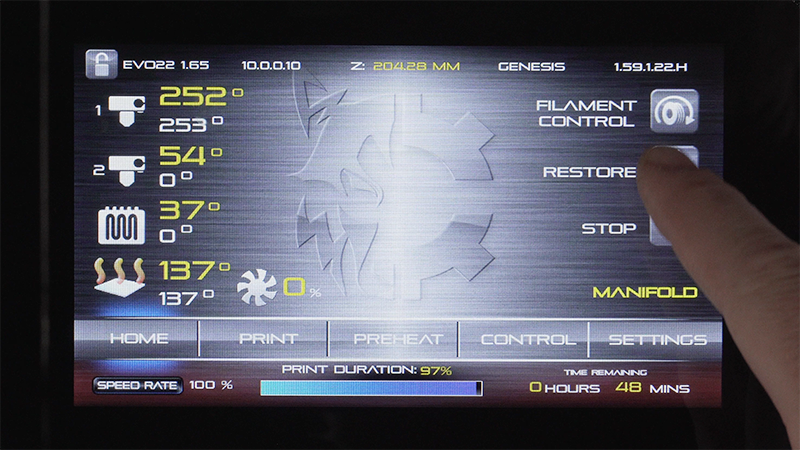 The RESTORE button can be found on the home menu of the touchscreen.

Now press REMOVE to remove the filament from the hot end. Cut the tip of the filament at a 435 degree angle and load it back into the machine. Press LOAD, then press PRIME. 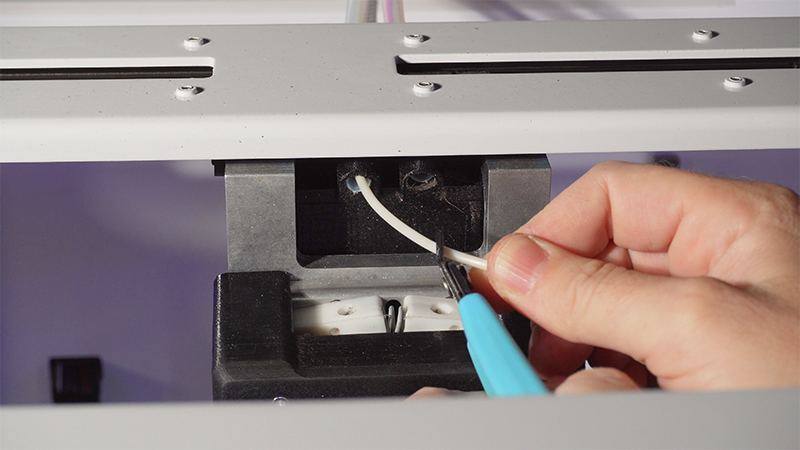 Press the + button to raise the bed up until the tip of the nozzle touches the part. 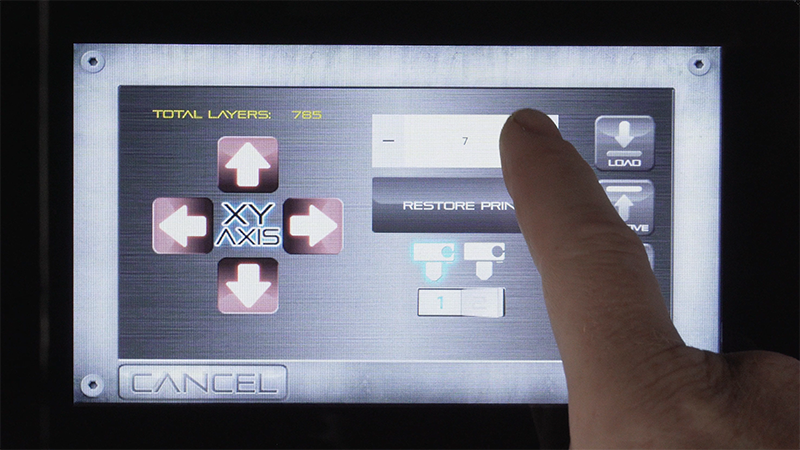 Press the “+” button until the nozzle tip is touching the part, or is at the same level.

Press RESTORE again and the part will continue printing 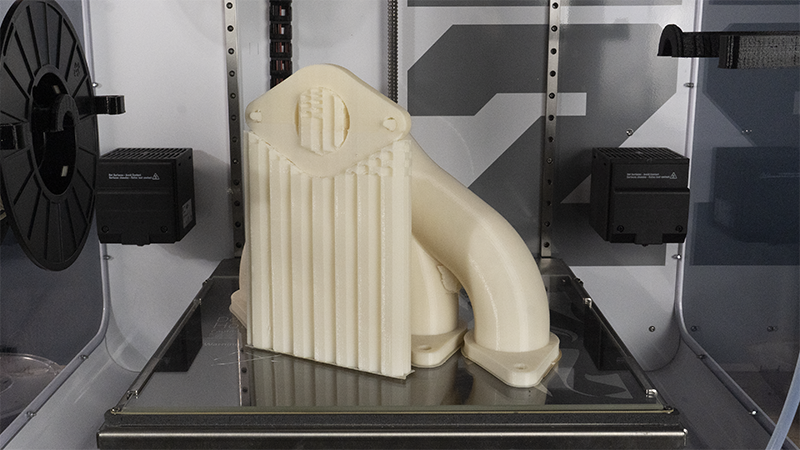 The part resumed printing and was able to finish after using the RESTORE function.

You can also view this lesson at airwolf3du.com.