Restring the Belts on the Axiom 20 ERC Print

If you've recently disassembled your ERC, you'll want to reassemble it making sure the following:

The picture below shows the two belts mapped out and the order in which the pullies are strung.

On the left side, the left belt comes out of the rear of the hotend assembly.

On the right side, the right belt comes out of the rear of the hotend assembly. 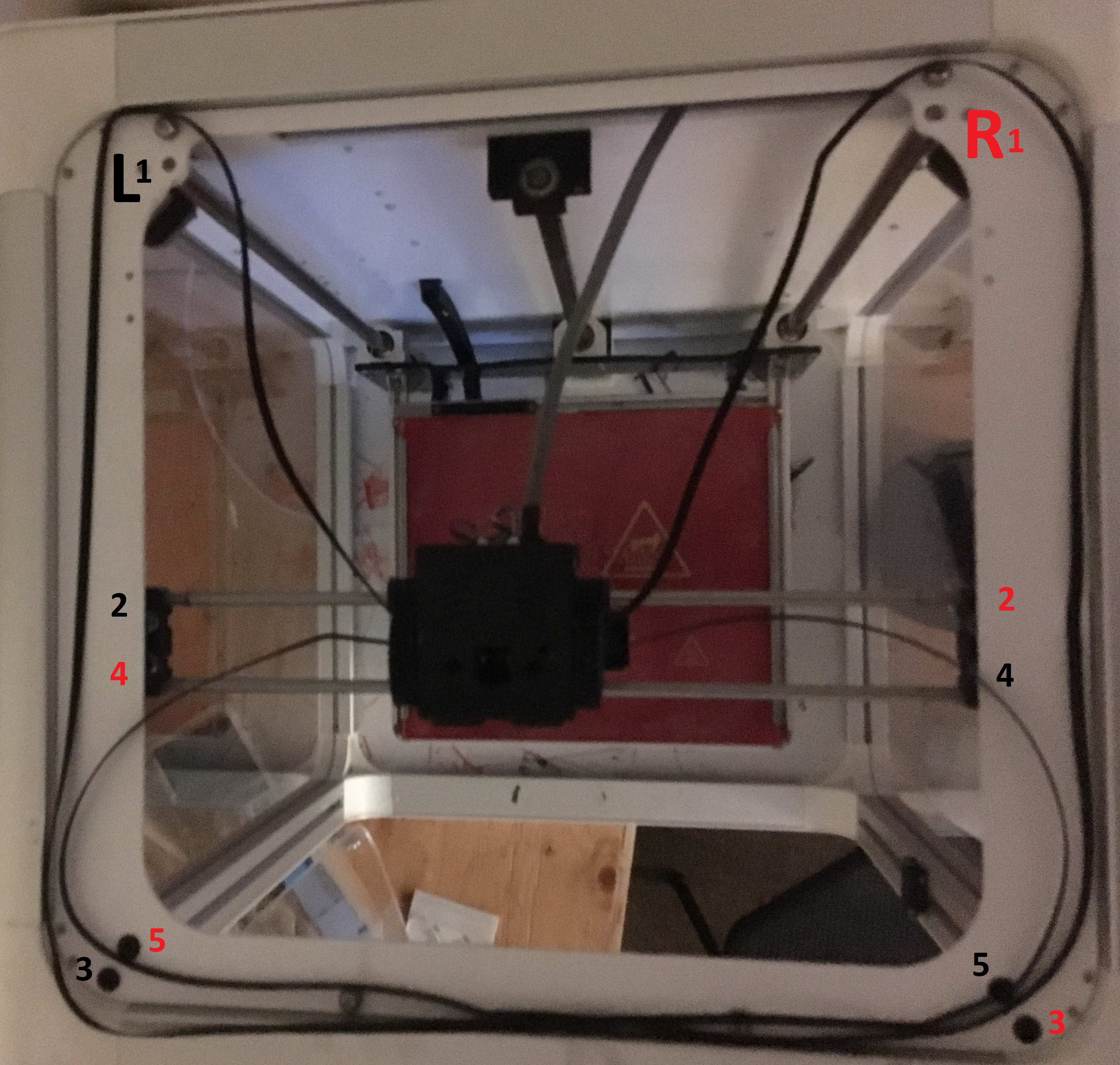 Begin on the left side by hooking belt L onto the motor pulley (1).  Then pull slack on the belt until you're able to loop it around the rear idler on the left y bracket. (2)

With those positions (3) and (4) attached on the L belt, you should be able to do this: 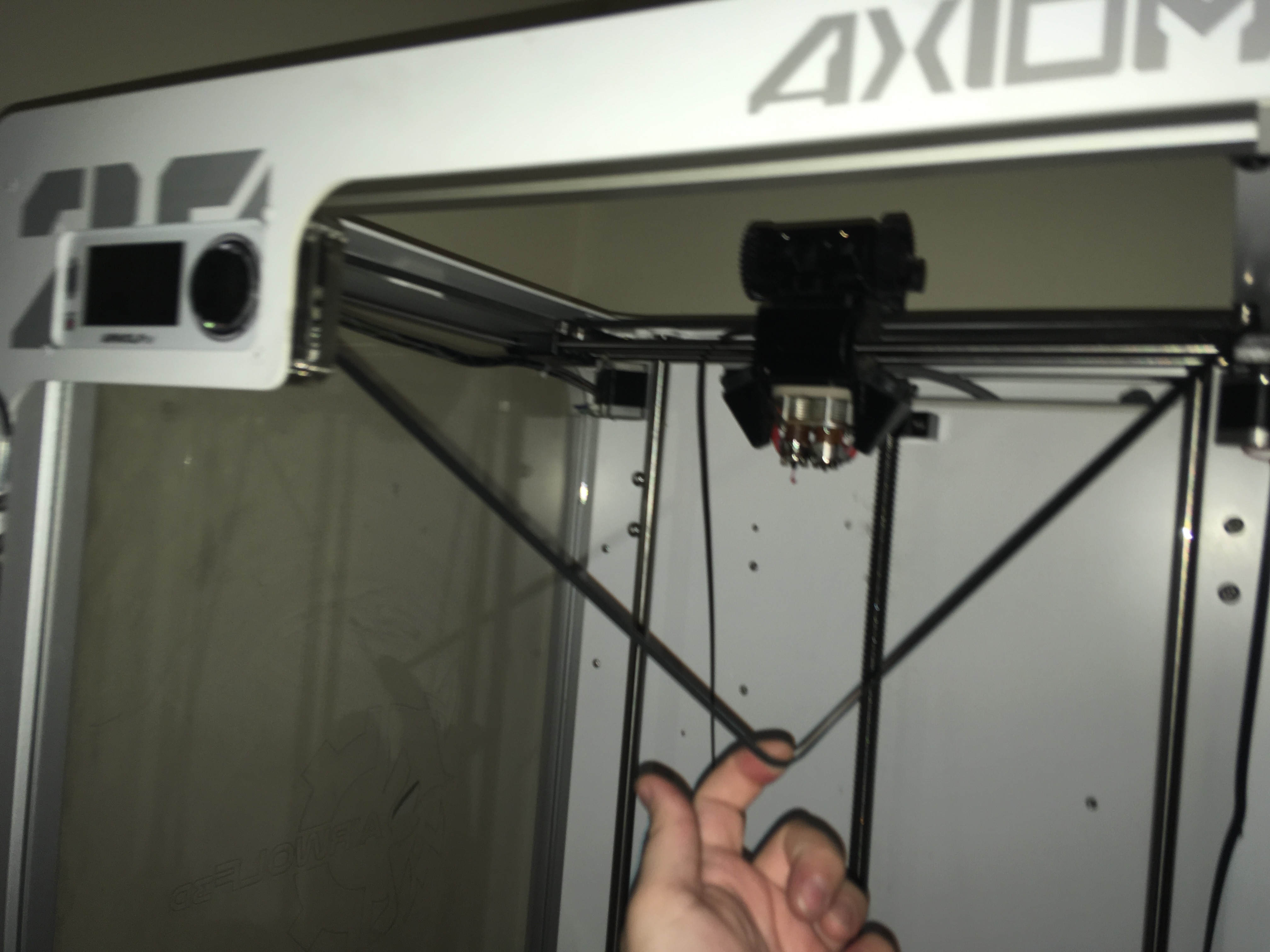 Attaching (5) on the L belt will be relatively easy.

The last attachment for (5) on the R belt requires significant force to attach.  While possible to do by hand, usually a flat head screwdriver to pry it on works well.